Islamic Center of Boise is inclusive and welcoming to all. The mosque is open to all Muslims and non-Muslims, men and women alike, and to all who are curious to know more about us as a Muslim community, to observe/ participate in the faith that we practice.

Visiting our mosque, or any place of worship, enables us to overcome stereotypes and build bridges of knowledge and understanding. Our goal is to reach out and show our diverse and friendly community, what we do in a mosque and its important role in Muslim life.

ICB welcomes visits from teachers and students, churches and other interfaith based groups. Presentations can also be arranged for a bigger group or just individuals interested in learning about Islam and our community.

The best time to visit us would be during the Jummah Salah (congregational worship). Jummah is the Friday midday prayer for Muslims. The prayer service starts at 1:30 pm with a 20 to 25 min sermon (Khutbah), followed by the short prayer (Salah). We are usually done by 2 p.m.
During the week, the Islamic Center is open for the daily prayers.

We strongly recommend calling us in advance, so we can have someone be there to meet and welcome you and answer any questions you might have.

The English word “mosque” is derived from its Arabic equivalent, “masjid,” which means “place of prostration.” You will see Muslims perform their prayers, a part of which includes placing the forehead on the floor. Worshippers sit facing the front of the Mosque which will be in the direction of Mecca. This direction is called the “qiblah”.

You will get to hear the Arabic phrase “as-salaam alaikum” (“peace be upon you”). This greeting is returned by saying, “wa alaikum as-salaam” (“and peace be upon you too”). You will also hear the call to prayer or “adhan”.

Worshipers generally sit on the floor. Chairs are available for the elderly and for those who are not able to sit down. We have separate spaces designated for men and women to sit during the prayer.

Please be aware that many Muslims do not shake hands with anyone of the opposite gender. We thank you for your understanding.

It is appropriate to wear modest, loose-fitting clothes. For men, it is better to wear long pants, and for women to wear pants or full-length skirts or dresses, with long sleeves. Female visitors may cover their head to show respect to other worshipers or to enrich their own experience – though, it is not a requirement.

Shoes are removed before entering the mosque. Socks, stockings, or tights are therefore a good idea.

Peace and blessings be upon you ! Remember you are always welcome to visit Islamic Center of Boise.

Please, arrange your visit one week in advance by calling (208) 429-1866 or email outreach@boisemuslims.org before planning for a visit. 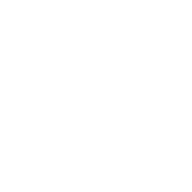